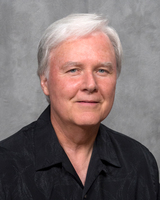 David Thompson holds an Ed.D in educational administration from Oklahoma State University and post-doctoral credit in education law from Harvard University. He has been at Kansas State University since 1987, serving from 1989-2006 as Founding Co-Director of the UCEA Center for Education Finance, and serving as Professor and Chair of the Department of Educational Leadership until 2019, for which he was named the Kansas State University Presidential Outstanding Department Head (2012). He was permanently named in 2012 as Distinguished Fellow of Research and Practice by the National Education Finance Academy (NEFA). In 2013 he was awarded the Lifetime Achievement Award by NEFA.