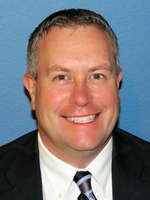 Dr. Jerry R. Burkett is the Assistant Professor of Educational Leadership at the University of North Texas at Dallas. He has more than 21 years of experience as an educator, serving as a teacher, campus and district-level administrator, and professor. He received his doctorate in educational leadership from Dallas Baptist University with specialization in alternative and traditional certification and its relationship to classroom management. He earned a Master of Education degree from Dallas Baptist University and his Bachelor of Science in Education from Baylor University.

Serving as a passionate advocate for public education, Dr. Burkett writes and speaks on a variety of topics, including school finance, instructional technology, brain learning, and the needs of public education in the 21st century. He has spoken at national, state, and regional conferences, various university doctoral cohorts, and community and civic groups.

Dr. Burkett was featured in the 2014 documentary, The Texas Promise, a documentary about challenges facing the Texas public education system. He was named as a 2013 Phi Delta Kappa Emerging Leader and the 2013 Dallas Baptist University Alumni of the Year.