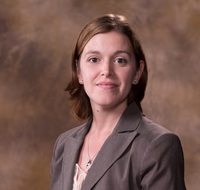 Gema Zamarro (Ph.D. CEMFI & UNED, Madrid (Spain), 2006) is an Associate Professor (tenured) and 21st Century Endowed Chair in Teacher Quality at the Department of Education Reform at the University of Arkansas. Dr. Zamarro also directs Charassein: the Character Assessment Initiative, a research group for the study of measures and development of character skills. She is also adjunct Senior Economist at the USC Dornsife Center for Economic and Social Research (CESR). Prior to joining the University of Arkansas, Zamarro was a Senior Economist at CESR (2013-2014), an Economist at the RAND Corporation (2007-2013; Adjunct Economist 2013-2016) and Professor of Econometrics at the Pardee RAND Graduate School of Public Policy (2007-2013), as well as, assistant professor in the Department of Econometrics at Tilburg University in the Netherlands and a junior research fellow at NETSPAR (Network for Studies on Pensions, Aging and Retirement) (2005-2007). Dr. Zamarro has performed research on applied econometrics in the areas of education and labor economics. She has completed studies on heterogeneity in returns to education, on the relationship between teacher quality and student performance, on the effect of school closing policies on student outcomes, on the properties of value-added methods for estimating teacher quality, on the effect of dual-language immersion programs on student outcomes, and on the causal effect of retirement on health, among others. Her current education research focuses on the measurement and development of character skills, determinants of gender gaps in STEM and the study of teacher turnover decisions. Dr. Zamarro’s work has been featured several times in the media including The Wall Street Journal, The New York Times, USA Today, Los Angeles Times, Huffington Post of Chicago, and the Oregorian.