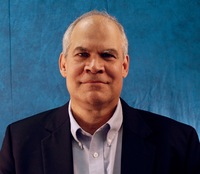 Steve Tozer is Professor Emeritus and past University Scholar in Educational Policy Studies at the University of Illinois Chicago (UIC). He is founding coordinator of the UIC Ed.D. Program in Urban Education, which has won awards from multiple national organizations for its documented impact on public schools. Steve began his career as a Hull House kindergarten teacher and later as director of a community-based early childhood center in Uptown Chicago before leading an alternative school for adjudicated Cook County high-school students. He was founding head of the UI Urbana-Champaign Department of Curriculum and Instruction, chaired the Governor’s Council on Educator Quality in Illinois, and chaired a State Legislative Task Force that resulted in a new school leadership certificate for the state. His collaborations with colleagues from UIC and Chicago Public Schools were continuously funded for 20 years by the US Department of Education and numerous foundations. He is Associate Editor of Educational Theory, lead author of a textbook, School and Society, Historical and Contemporary Perspectives, forthcoming in its 8th Edition (McGraw-Hill, 2021), and lead editor of The Handbook of Research in Social Foundations of Education (Routledge, 2011).